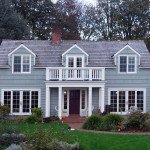 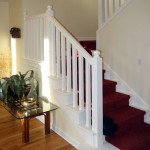 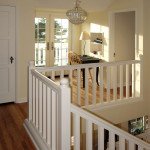 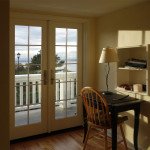 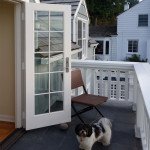 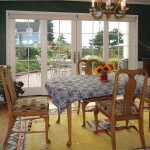 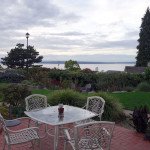 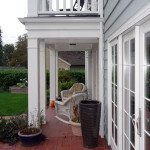 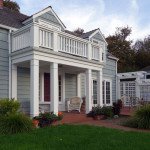 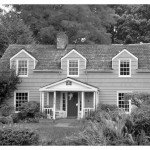 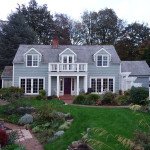 This project started as a simple window replacement consultation and evolved into a minor remodel that significantly enhanced the function and enjoyment of an existing Blue Ridge residence.

The primary first floor windows became much larger sliding French doors and upper windows became pairs. This allowed the owners to take advantage of significant Puget Sound views. The entry sequence was transformed. Outside, a low gable roof porch became a classical portico enhancing the stature of the residence. Inside, the entry stairs were opened up by replacing low walls with traditional railings allowing the light from new windows and doors to pour in. The new entry porch allowed for a second story patio that is accessed from a nook on second story complete with French doors.

The view from this new porch is truly spectacular. A minor interior remodel in the kitchen relocated the refrigerator near the existing pantry and out of the view. The exterior patio adjacent to the dining room was elevated to first floor level and a trellis was added to help define outdoor eating space and provide privacy. The house now has significant stature and fully engages a truly great northwest site.