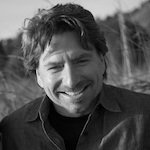 John Trieger, JTA’s president and founder, is a native of Chicago and had a formative education at the University of Illinois at Chicago and at the famed Ecole Des Beaux Arts (Unit Pedagogique No. 3) in Versailles, France. It was during extensive touring abroad, that John discovered the inspiration behind the passion in his practice. He firmly believes that Architecture can lift the spirit and inspire a full range of emotions – surprise, delight, awe.

John is a registered architect since 1994 and an active member in the Seattle AIA. John’s professional experience is broad. In Chicago, he worked in both large and small firms such as Skidmore Owings and Merrill and Schema Design. In Seattle, John was one of the original employees of MulvannyG2 partnership and helped grow their international company for nearly ten years before establishing JT Architecture in 2002. Forming his own practice has allowed him to follow his passion and fully participate by design in the immediate community in which he lives.

John moved to Seattle with his wife, Wendy, in 1992. He is very active in the Wallingford community with public projects and has spent over eight years coaching soccer, basketball and baseball in surrounding communities for his two sons, Max and Miles. His other passions include mono-skiing (especially at his vacation home in Silverstar, Canada), playing golf, basketball, camping and traveling with his family and friends. 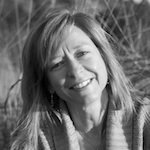 Wendy Trieger, co-president and founder, is also a native of Chicago and graduated from Northern Illinois University with a degree in Corporate Communications. After gaining international sales accolades in Chicago with her former corporation, WHERE International Magazines, Wendy was awarded the opportunity to launch WHERE Seattle Magazine in 1992.  This brought the Triegers to the Northwest and they’ve never looked back.

In 2001, along with raising their two young sons (Max & Miles ), Wendy decided to sell her ownership in WHERE Seattle and help launch JT Architecture. Her background in marketing, sales, and business development has been an ongoing asset for the business. Currently, Wendy handles all aspects of business management and accounting for JT Architecture.

Aside from her work with the firm, she volunteers her time as the local chair for the Wallingford Street Fair, manages several real estate properties, and is extremely active in her sons’ schools and their extra curricular activities. She loves to travel, ski, golf, and garden.